Saturday night is the easiest supper to plan because Saturday night is pizza night. I can prep pizza dough and toppings ahead of time and have a delicious pizza whipped up on time. Skip the store bought pizza and learn how to make homemade pizza!

Saturday nights are the only themed supper we have. So the ease of planning is wonderful.

Don’t get me wrong:

We don’t have the same kind of pizza every Saturday.

I rotate among traditional sausage and pepperoni, chicken alfredo, bacon chicken ranch and chicken barbecue. All with copious amounts of cheese!

My husband is not adventurous at all when it comes to veggies, so if I want any, I only put them on half of the pizza.

How to Make Our 4 Flavors of Homemade Pizza

There are plenty more options for homemade pizza than what I listed above. But these are just what we eat, so it’s what I’m sharing!

I brown sausage ahead of time. Because I’m putting two meats on the pizza I only use half a package of bulk sausage on a pizza. I set the other half of the browned sausage aside in

the fridge for another meal.

While the sausage is cooling I spread sauce on the dough. I like Aldi’s organic marinara sauce. But any spaghetti or pizza sauce works.

Pepperoni I just get at Wal Mart or Sam’s.

Usually I can get shredded mozzerella for just as cheap as block mozzarella. Because we are a small family, I buy the five-pound bag of shredded cheese and freeze most of it so it doesn’t spoil.

Because I don’t use specific pizza sauce (it’s usually more expensive than regular spaghetti sauce) I sprinkle pizza seasoning on top of the cheese for an extra boost.

I brown two chicken breasts ahead of time so the meat cools a bit before I have to handle it. While it’s browning I season it with salt and pepper. Some bacon grease in the pan adds wonderful flavor to the chicken, as well.

Aldi brand alfredo sauce is what I use for the sauce. Then I cube the chicken and spread it over. I love to add spinach and mushrooms on chicken alfredo pizza! Half of the pizza has no veggies, of course, for my husband.

Cover with mozzarella cheese. On this pizza I sprinkle the top with basil to complement the alfredo. Fresh is wonderful, but I usually only have dried on hand.

First, I fry up four strips of bacon (unless I’ve planned ahead and have some in the freezer) and brown one chicken breast in bacon grease, salt and pepper.

While the meat is cooling, I spread ranch on the pizza dough. I don’t use my regular 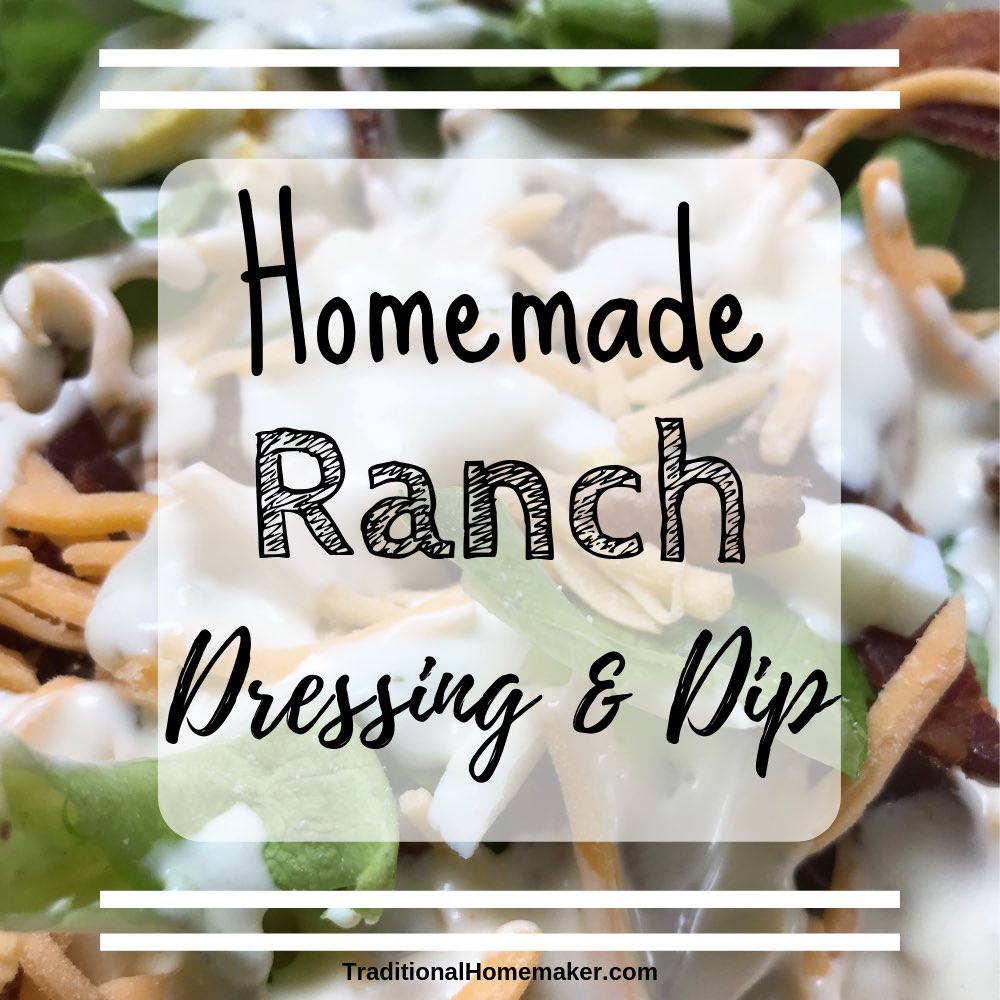 So I use my ranch seasoning mix and add it to sour cream instead of mayo. Then I thin it with kefir. This is the ranch I use as the sauce.

I spread the cubed chicken and crumbled bacon on top of the ranch and cover with mozzarella cheese. I don’t sprinkle this pizza with any seasoning.

For this pizza I brown two chicken breasts in bacon grease with salt and pepper.

While the meat cools a bit, I spread the dough with store bought barbecue sauce. Here is a simple recipe to make your own!

I spread the cubed meat on top and cover with cheddar cheese. Cheddar complements the barbecue amazingly, but mozzarella will work, too.

So if these amounts seem excessive for a 12 inch pizza, modify the amounts to your preferences!

And if you make too much meat, just put the remainder in the fridge for another meal or snack.

Read More: Cooking for the Freezer: How to Make & Bake Ahead

How to Make Homemade Pizza Quickly

I am usually feeding calves from 4 to 5pm so I try to have everything ready for the pizza before I leave for chores.

The meat has been browned earlier in the day. Or when we have bacon for breakfast, I just throw extra on the pan and keep it in the fridge until pizza day. Same with sausage and chicken.

Usually I have a couple wads of pizza dough in the freezer so I just pull one out around noon on Saturday and by the time I’m ready to assemble the pizza, it’s thawed.

At 3:15pm I spread the dough out on my greased pan and assemble the pizza. Then I cover it with a tea towel so it doesn’t get too dried out. 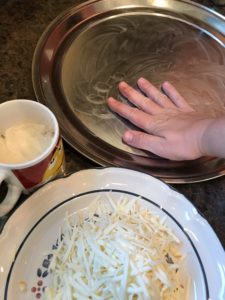 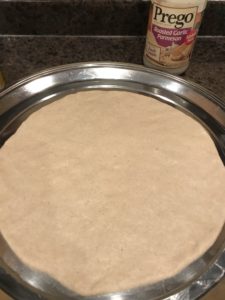 When I get home, the oven is hot and I throw the raised pizza in the oven. While it’s baking, I set the table, put out any other foods we are having with it. We can sit down to eat 20 minutes after getting home!

Read More: How to Make Supper When You Work Late 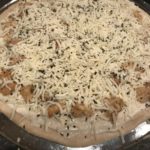 Really, the sky is the limit when it comes to what you can put on pizza! Get creative, make what your family loves. And do half and half if you have picky eaters. It’s super easy to throw together a quick supper when you know how to make homemade pizza. 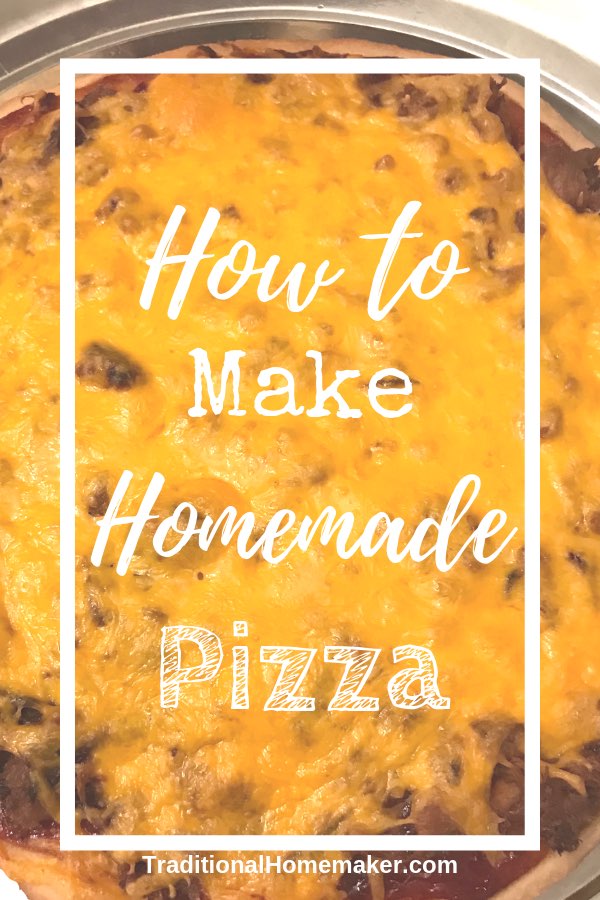